One of the world’s foremost ballet artists, with an inspiring story of fearless strength and determination, irrefutable star Misa Kuranaga is much more than the Boston Ballet’s first-ever Principal Dancer from Asia. Beloved, dynamic, talented, and versatile, she inspires people all over the world with her indomitable spirit.

Trained at the Jinushi Kaoru Ballet School in her hometown of Osaka, Japan, and later at the School of American Ballet, Misa Kuranaga joined the Boston Ballet in 2003 and held the rank of Principal Dancer for many years before moving to the San Francisco Ballet as Principal Dancer in 2019. She is the recipient of numerous awards and honors including a gold medal in the junior division at the Moscow International Ballet Competition and the Professional Scholarship Award at the Prix de Lausanne Competition in 2001. Most notably, Kuranaga won the gold medal in the senior division of the 2006 USA International Ballet Competition.

Kuranaga has traveled all over the world performing in galas including the Youth American Grand Prix Gala in New York City, the Dance Open Gala in Helsinki, the 7th International Ballet Star Gala in Taipei, the Prix de Lausanne Gala in Tokyo, the International Ballet Gala in Dortmund, Germany and with Alina Cojocaru & Friends in Sarasota, Florida. In 2009, she performed Serenade with New York City Ballet in Lincoln Center and in 2012, Kuranaga danced the role of the Firebird as a guest artist with the Komaki Ballet in Tokyo, Japan. She is an annual guest artist at the Vail International Dance Festival, directed by Damien Woeztel.

• Rose rapidly in the international ballet world in spite of her small frame and gaps in her early training
• Versatile style characterized by both impeccable technique and expressive sensitivity
• Joined Boston Ballet in 2003, second soloist in 2005, soloist in 2007, principal dancer in 2009, moved to San Francisco Ballet as Principal Dancer in 2019
• Boston Ballet's first-ever Principal Dancer from Asia
• Works with the world’s top dancers, choreographers, and musicians
• Performs regularly in galas worldwide
• Face of a major brand campaign for SK-II, empowering women of any age or background to take control of their destiny

Misa Kuranaga - At A Glance 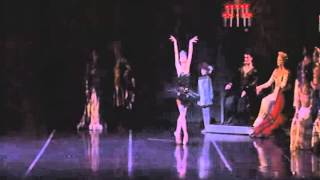 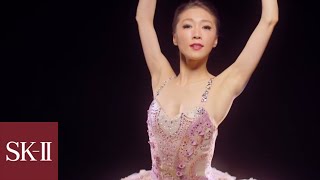