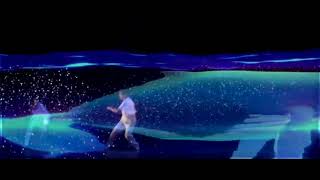 Empire Artists enra were back in Russia this month to perform at a private event organized by local agency Vito Pro. This time the program was "Dreams" -- and it used a translucent scrim screen for a dazzling new effect.

This was enra's last event of 2019. What a beautiful way to close out the year! Thanks to Max Akhtyamov, Vito Pro and everyone who made it happen.

enra looks forward to performing in Russia again in the near future. The group is available for booking around the world.